A lifeline to Gaza

Over the last five years, Gaza has suffered two major conflicts, killing hundreds and leaving thousands more injured – but throughout all this, with the support of Islamic Relief, Al-Shifa Hospital has been a lifeline to the sick and wounded. To this day, the hospital stands strong and continues to provide life-saving treatment to patients like Mohamed – although Gaza’s precarious situation is a constant threat to its survival. 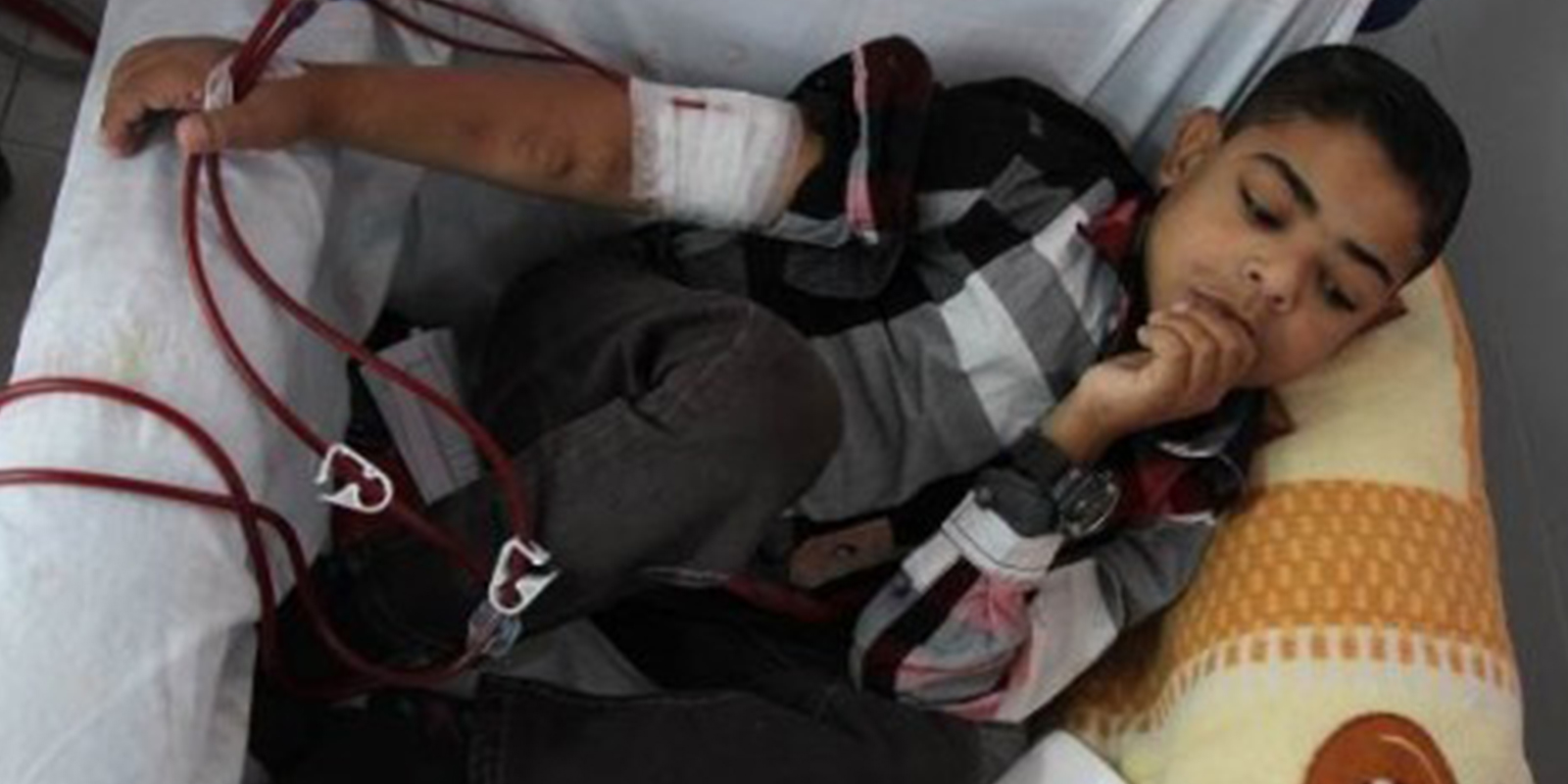 Al Shifa Hospital has literally been a lifesaver for many Gazans. Almost every family has been touched by injuries of war, illnesses caused by poor living conditions or malnutrition thanks to a blockade which creates food insecurity. This Gaza hospital provides essential medical treatment – often thanks to Islamic Relief support.

The 22-day war of 2008 killed over 1,000 people and injured 5,000 more. Islamic Relief sent truckloads of food and medical aid to Al-Shifa to help keep the wounded alive. After the ceasefire, we helped to establish an additional Intensive Care Unit, complete with beds and brand-new medical equipment.

Last year, the Gaza Strip suffered an eight-day bombardment last year, almost four years after the previous conflict. Al-Shifa was once again critical to the survival of many – but within two days, medical supplies which would usually last a month had run out due to the influx of casualties.

Islamic Relief responded immediately, sending £1 million worth of medical supplies to both Al-Shifa and other hospitals. These included antibiotics, anaesthetics, surgical supplies and much more.

Today, this Gaza hospital continues to be a beacon of hope to the ill and injured. Mohamed Bahloul, 20, has been suffering from kidney failure for ten years, which has affected his growth. He needs regular haemodialysis treatment, but there are no hospitals with dialysis machines in the northern part of the Gaza Strip where he lives. The journey to receive treatment at Al Shifa is long and difficult, but it’s a lifeline.

Gaza continues to need our support however, as the precarious situation means that families never feel entirely safe and secure. Recently, a fuel shortage caused power cuts at the hospital. “I couldn’t have my treatment,” said Mohamed, “I felt very bad, and had difficulty breathing.” It would be easier for the family if they could go to a closer hospital for Mohamed’s treatment, as his mother told us that he is sometimes too tired to walk the 14 kilometres: “Most of us are poor families, and can barely afford transport expenses.”

Islamic Relief has worked in Palestine for almost 20 years, beginning to provide humanitarian relief in 1994, as well as food, water, livelihoods, medical and orphan support. With your help, we are committed to supporting the people of Gaza for as long as they need us, and continue to pray for an end to their difficulties.