can feed a family in Syria for a month
can provide two families with emergency shelter
can provide a family with shelter, fuel, blankets, warm clothes and food
Enter Amount

Displaced, cold, hungry, and with no shelter – families are at breaking point.

Since December 2019, conflict has escalated in North-West Syria. Hospitals, health facilities and camps have all been attacked – leaving an estimated 1 million people to flee to northwest Idlib and western Aleppo.

Yet this isn’t the first time…

Of the 3 million people already in Idlib, at least half were already displaced from other areas of Syria. Now with more people arriving, resources are stretched and there’s simply not enough resources to help everyone.

Camps are full and children are freezing to death as 200,000+ people have been left sleeping in open fields in temperatures of -7◦C.

Our teams have been distributing mattresses, blankets, tents, food and clothes for children as well as heating equipment, but so much still needs to be done.

We desperately need your support to provide:

Millions of people in Idlib urgently need your help. Donate now and help save lives. 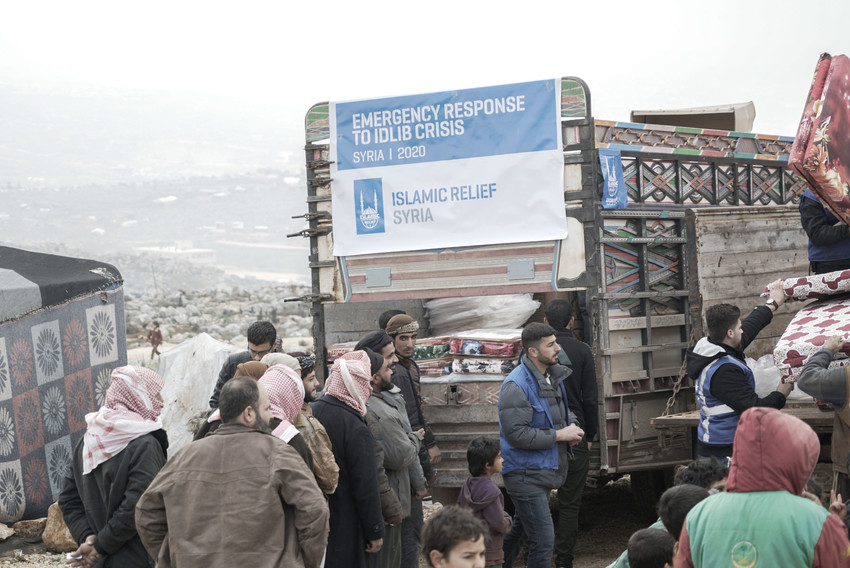 More than half of all Syrians have been forced to leave their country, while those who remain have often been displaced from their homes multiple times.

Islamic Relief’s response to the crisis

Since the conflict began Islamic Relief has delivered more than $560 million worth of aid inside Syria and in neighbouring countries, assisting millions of Syrians.

We are distributing food packs, clothes and medical supplies to communities under siege within Syria and displaced people along the Turkish border. We are also running or supporting camps and providing livelihood programmes, education and psychosocial support for refugees in Lebanon, Jordan and Iraq. In Europe our teams are assisting Syrian refugees in Greece, Italy, Macedonia and Germany.